As seen in the readings, The Dobe Ju/’hoansi and Everyday Life In Southeast Asia (reading on The Fall of Thai Rocky by Pattana Kitiarsa), males are associated with the idea of masculinity. The notion of masculinity can be attributed to various factors, for example, patriarchal societies and the stereotype of how men embody masculinity through sports.

Kitiarsa (from The Fall of Thai Rocky) offers Thai boxing culture as an example of how masculine aspects of everyday life are practiced, a culture that is highly gendered and embedded in the masculine domain of power relations. The idea of masculinity is commonly associated with sports. One example would be the Olympic games, where, in the early few games, women were not allowed to take part and married women were not allowed to watch. This was partly due to the fact that Olympic performers competed naked, but this further enforces the notion of masculinity, as males take pride in their bodies and display them. 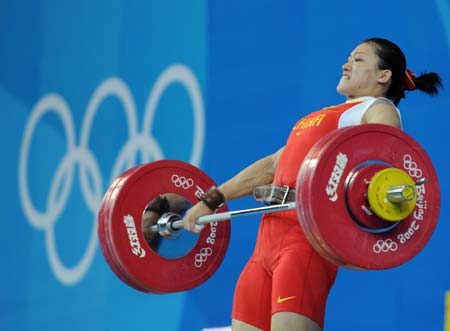 In addition, females generally partake lesser in sports requiring strength. The stigma remains that such sports are not meant for women as they are deemed to be less feminine and desirable when they take part in such masculine sports. Another possible rational reason behind this could also be due to the physical constraints of the female body. In general, females are less able to build muscle strength as compared to males.

Thus, comes the question of whether or not women can do pull-ups. 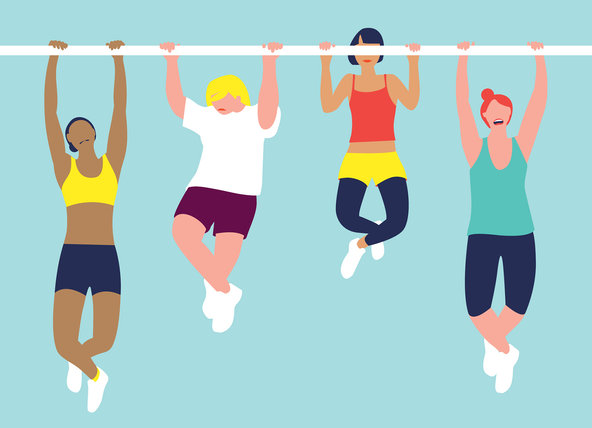 Parker-Pope wrote the column Why Women Can’t Do Pull-Ups for the October 28 issue of The New York Times Magazine.

Pull-ups have been used widely as a measure of an individual’s fitness. A study was conducted to test the significance of pull-ups being a fitness measure, where 17 normal-weight women who could not do a single overhand pull-up underwent training to strengthen the bicep and back muscles, lifting weights and doing inclined pull-ups. However, at the end of the study, only 4 out of 17 women succeeded in performing a pull-up.

The results of the study concluded, by the author, that a successful pull-up requires a combination of strength, low body fat and small stature. The author of the study, Paul Vanderburgh, further states that no matter how fit they are, women typically fare worse on pull-ups.

I feel that the way the article was written seemed to highlight masculinity by putting down females’ ability to do pull-ups. As pull-ups double as a symbol of masculinity, the inability of females to typically do a pull-up further embodies male masculinity.

I think that females are fully capable of doing pull-ups. To begin with, the training done in the research study can be more tailored to using the muscles required for doing pull-ups. Instead of doing inclined pull-ups, doing (or rather, trying to do) pull-ups itself would be more effective to train up the back muscles in the shortest period of time. Thus, the study could have been improved and the results could have been altered. Furthermore, the small sample size of this study also means that the results cannot be entirely representative of all women in the world.

On a more personal note, as a female myself who is into sports, I used to not be able to do pull-ups despite lifting weights and doing strength training. However, after consistently attempting to do pull-ups (by attempt I refer to hanging on the pull-up bar and trying to get the back muscle used to lifting the body weight), I am now able to do pull-ups on my own.

The thing about pull-ups is that it is hard to start, but once the muscles start getting used to it and commit it to muscle memory, it gets increasingly easier to do pull-ups. As with everything else in life, the first step is always the hardest, but it gets easier as we go along.

In conclusion, I feel that the article’s title, Why Women Can’t Do Pull-ups As Much As Men, would be more apt, particularly since it is entirely possible for women to eventually do pull-ups.

Link: Original article for Why Women Can't Do Pull-Ups