Living spaces tells a lot about the type of society, lifestyle and social interactions of the inhabitant. Through one’s living environment, the attitudes towards life and society at large can be inferred. Examining the architecture of the living spaces of the Ju/’hoansi and modern capitalist societies, the lifestyle and social interactions can be seen in a different light.
The Ju/’hoan word for village , chu/o literally means “the face of the huts” and this to the Ju symbolizes the safety, comfort and companionship of the group, suggesting tamed and cultural space. Mobility is of paramount importance, and there are 5 different types of villages, each constructed when circumstances call for it. For instance, overnight stops where only a fire is built and rainy season villages, where the huts are thickly thatched in order to provide shelter from the rain. The villages consist of 5 concentric circles, each with a different function.
Center of the circle: plaza
1st inner layer: circle of huts and fireplaces
2nd inner layer: ash dumps
3rd inner layer: cooking pits 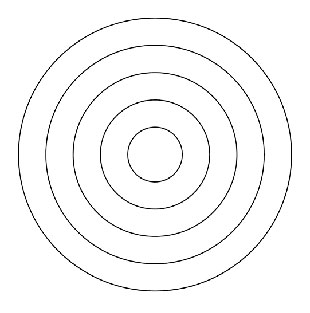 4th inner layer: empty area
5th layer (outermost): zone of defecation
Interesting thing to note: “They sleep in the open, protected only by their sleeping fires, which keep the carnivores at bay, and by their mutual trust of and peaceful relations with their human neighbors” (Lee, pg. 38)
Everyone in the village knows each other and the fact that they share their resources together and survive together, results in this close-knit relationship. By constructing the houses in a concentric manner, everyone is more or less within view, allowing for mutual support. There is no need for locks and there is trust among the villages. In my opinion, this could be because that they are a village together and will live with each other and see each other everyday, hence stealing (if there was anything valuable to steal in the first place) is not a rational action to undertake. The structure of the village is also very people orientated, however it can be argued that by having a circular structure protects them from the wild elements, by sleeping close to each other (there is safety in numbers) and also only by sleeping in such a formation can everyone enjoy the warmth of the fire. Their living environment reflects on the mutual dependency of each other for survival, and that they are ultimately together (in the same environment, living together). It is noted in the later chapters as the Ju'/hoansi experience modernisation and start to switch to a lifestyle of herding, there is a change in their living patterns. Instead of facing each other, there is now a linear arrangement and the houses face the kraal where the cattle and goats are kept. (Lee, pg. 186)
Comparing this to the living spaces of modern capitalist society, such as Singapore, a huge difference can be seen. Firstly in contemporary Singapore, HDB flats are common, where close to 60 different households (people living under the same roof, not to be confused with family), reside together in the same building. HDBs are different from condominiums,, which is considered a “higher” class of HDB flats. The size of the units are roughly the same (sometimes even smaller) but there are additional facilities for instance,

swimming pools, gyms, and security features. Another type of living space is that of private property (bungalows, semi-detached) where depending on your wealth, a larger plot of land is allocated, occasionally with a garden or small pond. This idea of living spaces organization is very unlike from that of the Ju, it is much more individualistic, each as their own private space (their home) and the idea of locking your doors at night, having 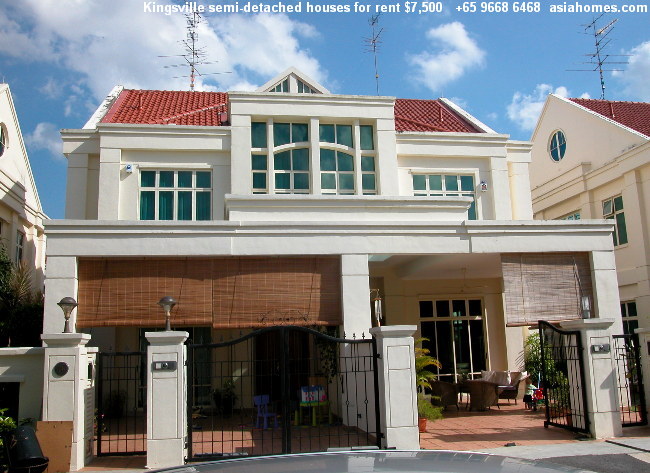 security guards, tap in access cards for condominiums and gates/fences for private property is different from the sleeping together with mutual trust of the Ju. There appears to be a lack of trust between the modern world inhabitants, with a high emphasis on private property (what belongs to them) and their personal space.The older generation in Singapore frequently laments the loss of the kampong style practices where villagers are close knitted and it was not uncommon to see neighbors popping over to borrow sugar, or just hang out for a cup of tea.
In Singapore, there are racial quotas for HDB flats as an attempt to maintain racial harmony, however usually from my personal experience; those dwelling in HDB flats sometimes barely even know their immediate neighbors (those living in the unit next to them) not to say the other inhabitants on different floors. Which is unlike the Ju, where they know each other very well and have personal or blood ties. In addition the idea of the HDB flat is temporal, inhabitants move in and out, and with the property boom, some have 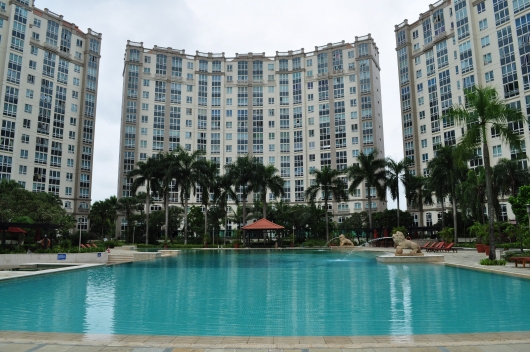 resorted to using the sale of houses to profit. The Jus also apply the concept of mobility to move to better pastures for food source, however they move as a group, unlike that commonly seen in Singapore, where only one unit moves out and another comes in to take its place. There is also a hierarchy of the living dwellings, HDB for the lowest socio-economic status, followed by the condominiums, and the private property owners who are considered the wealthiest among all. In addition, renting or owning the unit also makes a big difference in your wealth status. As such living spaces has evolved to become a sense of identity of the inhabitant. This idea of social class and status is not seen from the living spaces of the Ju, they only have some hierarchy in terms of age and seniority but not in wealth, as they have no concept of money.
In conclusion, comparing the living dwellings of the Ju and modern capitalist society (e.g. Singapore) there appears a vast difference in the idea of personal space , social interactions between those who live near you and the concept of private property ( having to lock doors and security measures to prevent theft). These differences in living spaces can be attributed to the types of societies (foraging vs modern industrial capitalist). The type of society affects how human interaction and the concept of property is perceived and this translates to different living spaces.