Remember the Holocaust? How did the German decide who to kill? Who is a Jew?

Looking at the diagram below, used during Hitler’s reign, people who had more than 2 grandparents who were Jew (shaded black) were considered Jew. People who had one or two Jewish grandparents were mixed blood. The racial classification had dire consequences. The Jews had the worst of the lot, being sent to concentration camps and gassed as commonly known. For the other races, restrictions like those of marriage partners are enacted. Races are used to define who has which political rights. 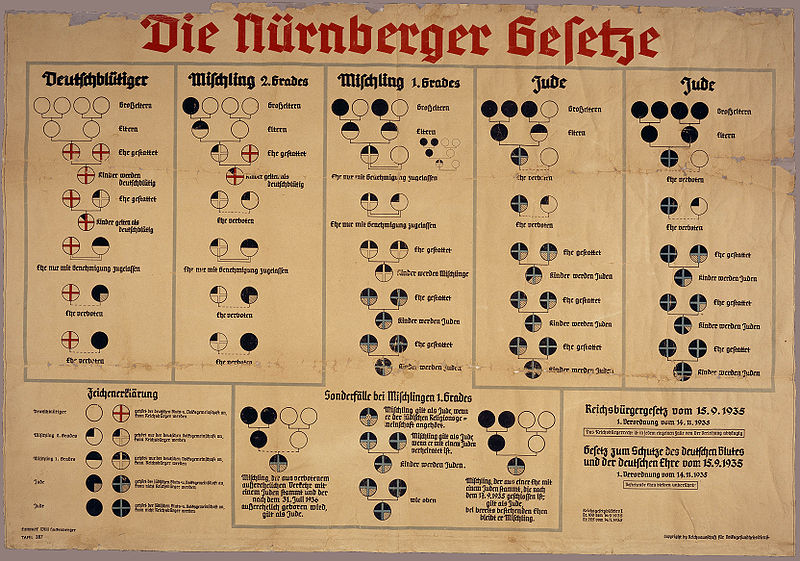 With ideological shifts, many countries have started to think race as a taboo, due to its association with various unsavoury pieces of history. However, the idea of racial purity still exists and has various social implications. Below are two instances where the ideology manifests- one of reality and one in the imaginary realm.
Barack Obama is often referred to as America’s first Black President. He, however, called himself a mongrel- a mixed blood. There are a few points that should be noted here:

1. The categorization is reminiscent of Hitler’s racial classification, where a white parent and a Jew parent produced a half blood (look at column 2 and 3 top diagram).

a. American society classified him as a Black while the Germans, if Jew was substituted to be Black, would consider him a mixed-blood (like what he categorized himself)

- It seems that the American public hold stricter racial classifications

2. Obama referring himself as a mixed blood is typical of people with mixed heritage, where some claimed that the people involved did so to avoid being classified as black, often associated with being disadvantaged, and to feel ‘closer’ to white, the racially advantaged group.

Race was to his advantage in this case as public’s recognition of him as a Black earned him much support of the minorities who made the effort to register for voting and thus affected the results of the presidential elections. As seen in the chart below, the support for President Obama can be seen in racial terms, with the chart proclaiming racist anyone who disagrees with his policies and is white. Note, however, that the chart is not supposed to be taken seriously. 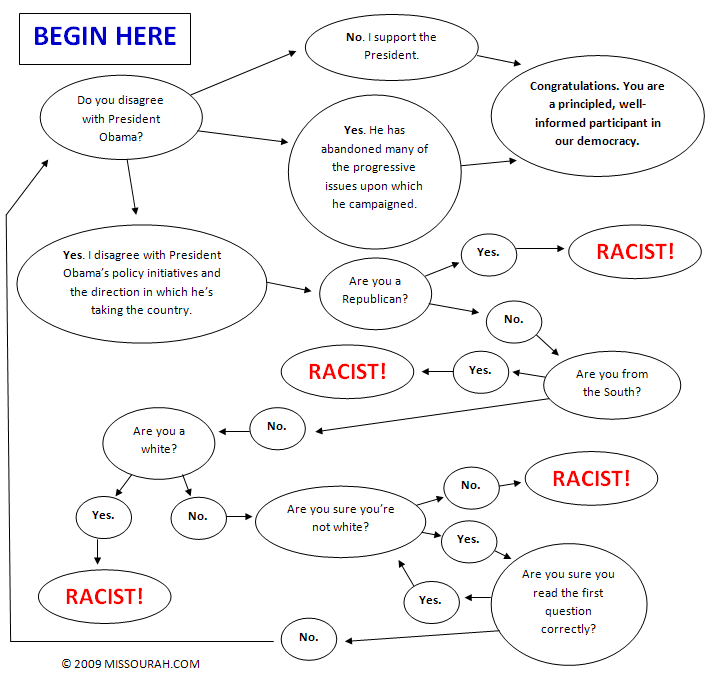 The idea of racial purity also manifests itself in fiction. Think Harry Potter. 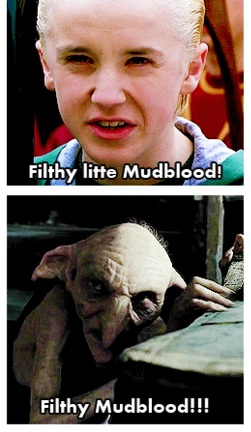