As we have seen through the previous pages, perceptions of death are far from simple, and vary from culture to culture, ethnicity to ethnicity. In this section, we will draw further conclusions by cross-analyzing the various cultures we have explored. We will first draw out and describe the key differences, before digging deeper into the reasons behind such differences.

Perceptions towards Death and Funerals
Initial perceptions of death itself vary greatly among cultures. The Toraja and the Dobe Ju/’hoansi are prime examples of two contrasting views towards death. The Torajians celebrate death as an event, almost very much like a festival. And their mode of celebration is reflected in the Funeral and Funeral rites, performed as rituals to celebrate the replenishment of the universe. (Tsintjilonis, 2000)

In contrast, the !Kung San see death as merely a natural part of life, and instead of a celebration of the transition of spirits to the afterlife, they approach death and funerals equipped with a more practical and wary stance. They fear malicious //gangwasi, which they believe are the baleful spirits of dead San people, who are the cause of illness and death. They also believe that once a person is dead, that’s the end of the story; there is no afterlife, nor is there any further need for material possessions. (Pearce, 2008)

Even among the same race and culture, differences in perceptions to the idea of death exist. Our group consists of all Singaporean Chinese individuals, yet despite our common race, and our common (Singaporean) culture, as seen in the analysis of our interviews; our views on death still differ. Indeed, where it seems for both the Toraja and the Dobe Ju/’hoansi, perceptions on death are very much universal for all members of their culture, it is not so for us Singaporean Chinese. In our case, it seems that other factors play a bigger role in influencing our perceptions, namely Religion and Ethnicity.

Pre-funeral
When it comes to pre-funeral preparations, the !Kung San can be said to be not only neglectful, but also brief and to the point; they do not place emphasis nor give much diligence to preparing for the funeral, as in their culture, there isn’t much to prepare for in the first place. (Shostak, 1981) The Dobe Ju/’hoansi are a practical tribe of people, who do not partake in much other than what is needed to help them survive. In contrast, we see that the Tana Toraja not only prepare diligently for funerals, but they consider it as grand events for celebration, with shelters constructed solely for the purpose of holding audiences. (Hollan, 1995) Indeed, death rituals are a big part of Toraja culture.

During the Funeral
Where the Toraja find the funeral a process rich in celebratory rituals and activities honoring the dead, the !Kung San on the other hand see it as more a “dirty” event, one that is necessary, but that requires constant rituals of cleansing for both the individual being buried, and the participants. (Yamasheta, 1994) (Shostak, 1981) When looking at our own cultures, we see similarities with both the Tana Toraja, as well as the Dobe Ju/’hoansi:

Post-funeral
The post funeral period for the Toraja is a long one. For a long time, the deceased is not considered to be “dead” as we know it, but rather still alive, and the corpse kept and fed water until it has reached an unrecognizable state. Only when that happens, is the person considered to be truly dead. (Wellenkamp, 1988)

In contrast, very much like their pre-funeral and the funeral period itself, the !Kung San’s post funeral period is short and unimpressive. They focus not on the dead, but on the relationships among the living, going back to their daily routine soon after the funeral ends. (Pearce, 2008)

And again, the Singaporean Chinese culture can draw parallels from both tribes: our post-funeral period is often long and lengthy as well, especially if the deceased was a close relative or loved-one – yet we also see that despite this, we still continue with our daily lives, routine and activities shortly after. Hence our post funeral period is one that exists internally rather than for the eyes of others.

Sociological Reasons for Differences
Our contestation is that this difference in perception stems from the form and availability of resources to the tribes in question, or more accurately, how it was in the past, which has shaped them to be how they are now. This availability was shaped by the fact that the Toraja are an agricultural based tribe, whilst the !Kung San are a nomadic tribe. Being agricultural based, the Toraja do not have to worry much about where their next meal will come from, or whether they will have enough water to drink. (Scarduelli, 2005) They have found a habitable spot, and have settled in it. Thus, this has led to them having enough time to engage themselves in such rich and vibrant funeral rituals and believes.

On the flip-side, we see that the !Kung San, being a nomadic tribe, have to monitor their resources of food and water constantly, and upon the first sign of running low, start finding new sources from which they can survive on. Living in such harsh conditions has thus led the !Kung San to have little time for trivialities, keeping only the rituals that are short, meaningful and serve a purpose. (Shostak, 1981) 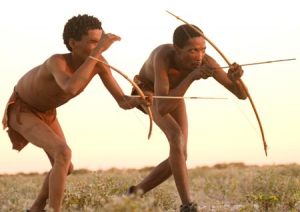 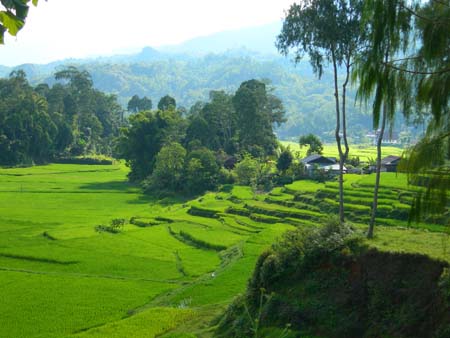 In this case, we can hence also contest that the Singaporean Chinese culture mirrors both the Toraja and the !Kung San. Like the Toraja, we have “settled” and are not nomadic, hence by right, we have the time to pursue long-winded and lengthy funeral rituals as well. However, our Singaporean culture has thought us that time is money, and that if you slack off for even one bit, the harsh cruel world will overtake you by a mile. Hence, like the !Kung San we too focus only on what is efficient and productive, yet trying as much as possible to give the dead the honor they deserve. It is thus interesting to note that we have been brought up in an environment similar to that of the Toraja, but with the mindset of the Dobe Ju/’hoansi.

Why then, have the Toraja developed such a different attitude towards funerals and rituals than us? Can it be that to them, time is not valuable after all? The answer is actually rather materialistic, and lies in the commercialization of Torajian funeral rites and rituals. Globalization has made travelling the world easier than ever, and with this new found ease of travel, tourism has thus spread rampantly. Not only that, but also the spread of mass media has become increasingly pervasive.

This spread of mass media has resulted in an explosion of superficial knowledge of local Toraja culture to be spread to aspiring tourists around the globe, resulting in the boom of tourism to the Toraja. (Scarduelli, 2005) (Yamasheta, 1994) As such, a once pure culture is now tainted by commercialization; the influx of tourists has resulted in what is known as "staged authenticity", in which now funeral rituals and rites of the Toraja are shown in the form that tourists want to see, rather than their authentic form.

That is not to say that the staged form is vastly different from the original; indeed, most transformations are merely small tweaks to suit the tastes of tourists better, hardly denting the true traditions of the culture. (Yamasheta, 1994) However, in the process, it is inevitable that some tradition will be removed to make way for new, more economically viable processes. Hence we can see that this commercialization of their funeral rites has indeed turned such rites and rituals into a very real business, one that is productive and purposeful to the upkeep andsustenanceof future Toraja generations.

Closing Statements
Through the discourse of this write-up, we have explored the perceptions of death among the Toraja, the !Kung San, and among the Singaporean Chinese. One thing is certain: death is anything but universal. The very definition of “death” itself differs from culture to culture. In the end, the way that we have been brought up and raised over the generations greatly influences how we perceive, create, and partake in Funeral rituals and rites. Nevertheless, globalization and the pervasive effects of mass media are also felt even within as unique a culture as the Toraja.