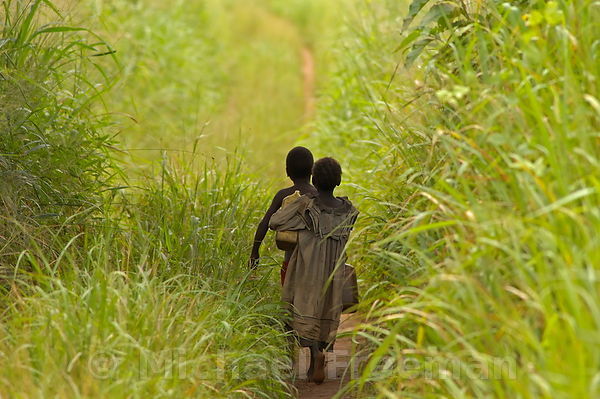 Intimate friendships between same sexed individuals, specifically intimate relationships between women, are expressed in many cultures of the sub-Saharan Africa. In our context, or perhaps from the context of an industrial society, these same sex relations would be seen as taboo or even incriminalized by society. Some scholars argue that the reason for this being the sex ratio imbalance as more males leave poverty stricken regions in search of job opportunities elsewhere, hence homosexual relations between women serve as a sexual outlet for these individuals. Anthropology however helps to shed some light of the deeper cultural meaning behind these same sex relations.

To the Azande women of central Africa, intimate friendships between women are used as a form of commodifying social relationships to expand their pool of resources. This practice of exchangingemotional relationship is somewhat likened to the Dobe Ju/’hoansi’s hxaro exchange in the sense that the gift exchange, in this context, emotional relations, is valued for its maintenance of social relations. Through the bagburu ceremony as I will explain in the following section, two women establish a ‘husband’ and ‘wife’ marriage with the main purpose of expanding social support networks. Like the Ju/’hoansi, this practical form of establishing social networks was devised as a means of survival, and practice has gravely been misunderstood due to cultural blinders biased towards the Western ideal of sexual relations. 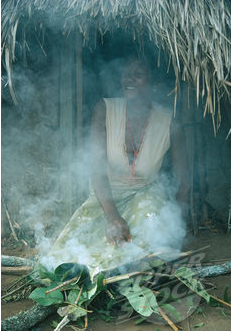 The Azande social structure follows that of a patrilineal and patriarchal one, whereby the children belong to the husband’s lineage and the men have ownership privileges to land, as well as the freedom to marry multiple wives.

Within the household, each wife has her own dwelling in her husband’s house. The wife works on her husband’s land whilst receiving her own land to cultivate as well. Her husband therefore acts as the distributor of basic resources to his wife(s), who function as labourers on the land.

Marriage in the Azande culture is centered on economics. Women are key players in maintaining trade relations with others to sell the produces grown on the land. Therefore, close relations with other village women are optimum in ensuring sustainability, especially in times of need. This is hence strengthened through bond friendships.

Bagburu is a formal ceremony held to publically establish the bond friendship of exchange and service between two women. The ceremony commences with two women exchanging small gifts, followed by a ritual splitting of a cob of red maize, kaima, that both will take home to plant in her garden as a symbol of blood that was divided between them. From then, one party becomes the ‘husband’ and the other, the ‘wife’ depending on who receives the top and bottom of the maize respectively.

Being a patriarchal society, husbands have the authority to approve of their wives engaging in bagburu. However although there is a widespread disapproval of possible outcomes of sexual relations, almost all husbands would encourage it due to the economic benefits to be gained. It is therefore evidence of the effectiveness acclaimed to the bagburu system as a form of economic exchange, while the sexual aspect is more of a secondary effect that could have been derived from the close relations between to women. The bagburu also functions in terms of upholding social solidarity through the formal establishment of kinship between women, providing a form of social and emotional support in a society where women are treated as inferior to men.

In a society that has little resources and stricken with poverty, the importance of social and trade networks are maintained and reproduced through the exchanging of emotional relationships between women. Women are valued more in the Azande patriarchal and patrilineal agriculturalist system for the key roles they have in gaining resources for the family. Moreover, the commodification and valuing of social relationships between Azande women gives them more freedom from the social stigma attributed to homosexual behaviours within their society, as opposed the sexual taboos that many industrial societies encompass. The Azande’s emotional exchange system between women is a fine example of how sexual relations are commonly misinterpreted due to ethnocentric views, therefore it is important for us to attempt to adopt a cultural relativist point of view while learning about other cultures.