Simone de Beauvoir clearly expressed that “One is not born a woman, one becomes a woman” (Levey & Silver, 2006).

The statement by Simone de Beauvoir highlights that gender roles and gender identities are acquired and passed on within social institutions from childhood through adulthood and into old age (Levey & Silver, 2006). 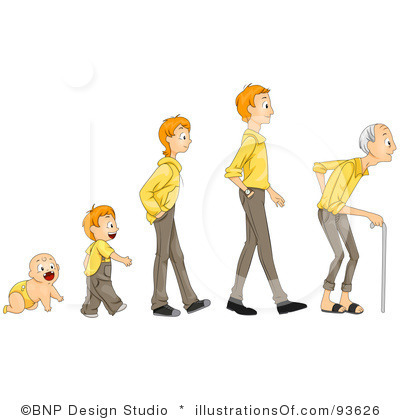 The terms ‘sex’ and ‘gender’ are commonly used interchangeably in society, but are in fact different. ‘Sex’ denotes bio-physical characteristics of a person that is related to being a “man” or “woman”, while ‘gender’ denotes the social and cultural constructions understood as “male” and “female”, or “masculine” and “feminine” (Valdes, 1995). 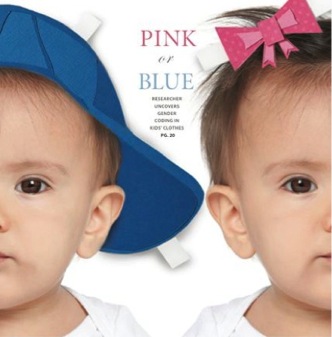 Sex and gender refer to distinctive constructs, but are commonly conflated to forcibly homogenize human personalities, including sexualities. Through conflation, the constructs regulate the social and sexual lives of the people within that society (Valdes, 1995). Such conflations of sex and gender constructs serve as pervasive normative standards that will continue to shape and govern human life (Valdes, 1995).

Gender as a Social Construct
It is argued that gender is an institution that is embedded in all the social processes of everyday life (Lorber, 1994), and that gender difference is socially constructed but yet is universally used to justify stratification (Risman, 2004). Lorber (1994) states that gender is constantly created and re-created out of human interaction, out of social life, and is the texture and order of that social life. Gender is socially constructed and therefore is produced in a myriad of ways across cultures and subcultures depending on socio-cultural contexts (Deutsch, 2007). As such, it is the society that creates gender norms that everyone within that society must conform to.

Most sex-typed gender stereotypes, known as gender schemas, become accepted gender norms through family interactions. Family interactions influence a child’s gender ideologies such that family members co-construct shared understandings of the dominant gender discourse in society (Bern, 1993; Coltrane, 1998). As such, parents have the power to either accept or reject the dominant gender discourse (Blume & Blume, 2003), which would then be transmitted to their children. An example of such gender norms is when families emphasize the importance of being a ‘macho male’ if you are born with male physical characteristics. Macho males are those who would not do anything they perceive to be feminine (Ascencio, 1999). Such macho males are taught to treat their mothers with respect and to feel a sense of obligation to protect and provide for their families. The concept of ‘macho males’ is more common in Latino societies where the concept of ‘machismo’ (i.e. Latino masculinity that is prominently exhibited or exaggerated) is greatly emphasized (Ascencio, 1999).


Problems with Gender
The idea of gender norms and gender biases within society is highly problematic in many ways. Setting fixed boundaries and expectations to the roles of males and females are in fact socially divisive. This is because such gender norms and gender biases “embodies, exudes, and extends androsexist and heterosexist biases, which engender and accentuate social and sexual rankings and acrimonies in both law and society” (Valdes, 1995). As a result, it creates and reinforces artificial and oppressive rules that affect the entire society, but also specifically hinder social and legal equality for heterosexuals and for other sexual minorities (Valdes, 1995). Furthermore, it differentiates opportunities and constraints based on sex categories. For example, men and women may face different cultural expectations in the same structural positions, or may face institutional regulations that are gender specific.

Gender norms and gender biases can also be misused and misinterpreted and in turn used to legitimize (bad or unwanted) behaviors in society. For instance, in traditional Latino societies, the concept of ‘machismo’ is highly emphasized. In such societies, their systems of belief that males should be domineering and masculine legitimize violent behaviors of men toward women (Ascencio, 1999). Perpetrators use myths and societal attitudes that support violence against women, including rape, to explain those behaviors (National Research Council, 1996). As a result, victimized women may in turn internalize the effects of unwanted sexual assault by blaming themselves because societal expectations and beliefs are reflected to support male sexual aggression and female sexual passivity (Mayback & Gold, 1994).


Third Genders
According to Trumbach (1998), a third gender role is one that combines elements of male and female behavior. There is therefore the creation of terms to describe people that fall into the ‘third gender’ category such as transsexuals, transvestites and many others. All of the terms carry negative connotations and are most often used to judge people in such minority categories. Another term commonly used is ‘genderqueer’, which is a term used to describe “a person who feels that his/her gender identity does not fit into the socially constructed ‘norms’ associated with his/her biological sex” (Marisa, 2004). The term ‘genderqueer’ is therefore a much larger umbrella to describe people who are not heterosexual, heteronormative, or gender-binary.

Gagné and Tewksbury (1999) found that although individuals’ recognition of themselves as transgendered (or other minority groups under the ‘genderqueer’ category) began in childhood, parents demanded conformity from their children during the schooling years. This shows that families attempt to ensure that their children interpreted and practiced gender norms according to the social discourse (Blume & Blume, 2003). Take for instance, Gregory, who posts video monologues on YouTube. Although he is now someone who dresses like a woman publicly, he did not come out of the closet with his true gender identity until recently. Gregory was always teased by his peers for being different, and he found himself thinking that he would one day become more of a ‘guy’ and did not want to admit to himself nor his family and friends about how he felt inside. He did not want to be honest about who he thought and felt he was because it was not ‘normal’. This shows that many people falling under the ‘genderqueer’ category have to conform to social structures, although it may seem that they have the right to make choices based on personal interests. Pressure from society (especially family and friends) will affect and constrain choices directly and indirectly through daily interactions. 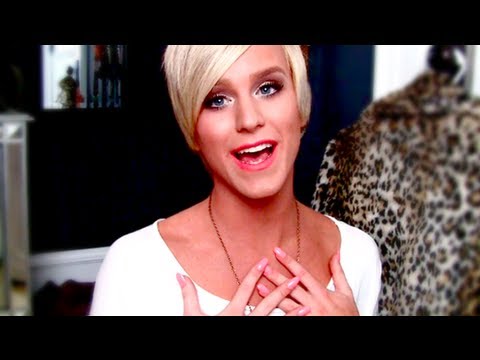 However, there are other cases such as in a Mexican town (Juchitan, Oaxaca) where it is said to be a haven for gay and transvestite men. Such men are called ‘Muxe’ and are accepted by the society. Families (especially parents) are highly supportive of their Muxe children because Muxes support their families (as they earn a living), do not marry and therefore do not leave the family. Although this example, reflected in a GlobalPost video made by Deborah Bonello (2012) is different such that parents did not demand conformity from their children, it is still similar in that social structures exist within the society. The fact that the society accepts gay and transvestite men, and has the belief that Muxe children are beneficial to parents, it therefore restructures the gender norms in that society, allowing Muxe children to be open about their gender identities.


Possible Solutions
Current attempts to eliminate the idea of gender biasedness and gender norms include campaigns, changes in the law (to include sexual minority groups), and many others. An example of the change of laws is the legitimizing of same-sex marriages in (some states in) the United States of America. This is an attempt from the government to be more inclusive of sexual minority groups.

Another way is to change cultural expectations, which would in turn change and shape individual identities differently (Risman, 2004). Since gender is a socially constructed concept, by changing socio-cultural expectations, a shift in the gender norms and gender expectations will result. However, gender norms cannot be changed only at the institutional and cultural levels, but must also be changed at the interaction level (West & Zimmerman, 1987).


Conclusion
‘Sex’ and ‘gender’ are different concepts and should not be used interchangeably. ‘Sex’ is based on biological distinctions, while ‘gender’ is a socially constructed concept. Gender stereotypes and norms are created by the society and reinforced through daily interactions with friends and/or family. The social structure influences and shapes the lives of the people by restricting choices and forcing conformation to the gender norms, but people also shape the social structure.

Gender stereotypes and gender norms created by society create many problems. Some of those discussed include: problem of being socially divisive, and differentiating opportunities and constraints based on sex categories.

Although the ideas of third genders and/or ‘genderqueers’ are common today, most children are still taught to conform to gender norms set by society. It is not until they are much older (when they are no longer controlled by parents or other authoritative figures) that they can fully embrace who they feel they really are.

I believe that gender norms, gender stereotypes or gender biasedness should be eliminated from society. In line with Gregory’s (Youtuber) thoughts, I do not think that society should restrict people from being who they truly are. Furthermore, why should there just be two genders that are ‘normal’ and accepted? Moving into globalization and modernity, people should learn to embrace differences and truly practice the idea of not judging a book by its cover. It does not matter how a person looks, but it is who that person is that matters.